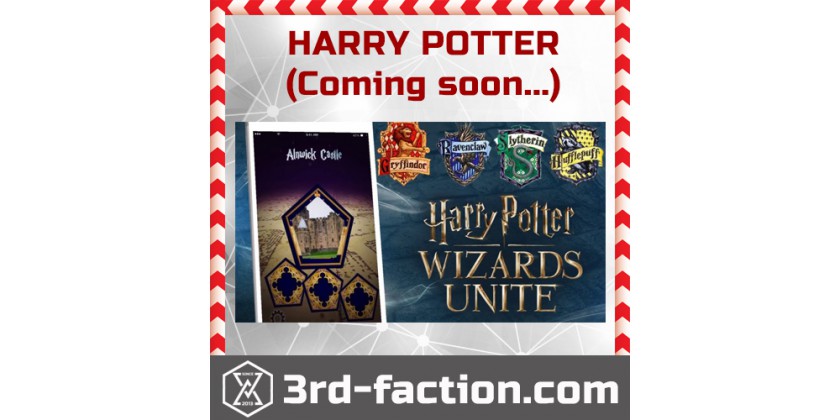 In November 2017, Niantic, the developer of Pokemon GO and Ingress Prime, announced the release of a new AR game based on the Harry Potter universe - Harry Potter: Wizards Unite.

Given that the Potter franchise is second only to Star Wars and Pokémon in scale, a lot of attention has been focused on the new game. We decided to write this article and will collect all the available information about Harry Potter: Wizards Unite.

Harry Potter: Wizards Unite - what we know about the game

Niantic, the developer of the most popular AR games Pokemon GO and Ingress, participates in the development of Wizards Unite. As a result, the game will take full advantage of the Niantic AR platform, which has been honed on these projects earlier. Naturally, the new project will be inspired by past developments of Niantic, but the company promised that Wizards Unite "will be the pioneer of all new technologies and game mechanics."

Remember that Harry Potter: Wizards Unite is not a Niantic solo project. Warner Bros is responsible for the entire pool of new video games and a new company Portkey Games has been created specifically for their development. She will work on the AR game we are expecting. Niantic in this case provides its AR platform and is a consultant on augmented reality issues.

Wizards Unite will be just one of many games related to Harry Potter. All projects will be released in the coming years with the direct participation of Portkey. We are waiting for a whole series of console and mobile games and Wizards Unite will be the first of them. It is not clear whether these projects will be autonomous or whether Warner Bros plans to create a cross-platform system that will allow players to develop on several platforms and different projects at once.

Will the game be similar to Pokemon GO and Ingress?

To some extent, yes. No more than all AR games are alike :) You can explore the real world, look at it differently through the camera of your smartphone. Wizards Unite will use GPS to track your location and synchronize with the game map. However, both development teams confirmed that the game would include exploring the world and fighting magical creatures and characters from the Harry Potter universe. There is no doubt that part of the mechanic will move to the project from Ingress and Pokemon GO. Players will also be able to learn and use spells; Unite with other wizards to destroy powerful enemies, find mysterious artifacts and constantly increase their power and skill of the magician.

In Pokemon GO there are teams of yellow, red and blue. Harry Potter AR is likely to boast four different "teams" - by the number of faculties at Hogwarts. Where, then, without the opposition of Gryffindor, Puffendoia, Kogtevran and Slytherin?

The system of magic duels will undoubtedly be present in Wizards Unite - otherwise there is no way! This mechanic will allow you to maintain a competitive spirit in the game, and the presence of dueling clubs can be a reincarnation of the system of hyms that is present in the Pokemon GO (of course, in an improved and revised form). It is not entirely clear how this will work, but most likely certain zones will be created in which players can meet to take part in fights with other wizards, using spells that they have learned or acquired using game currency.

The Harry Potter universe, like no other, is suitable for recreating it in augmented reality. You can use your smartphone to see hidden entrances to other worlds, turn completely ordinary and boring places into magical locations - no doubt, all these possibilities will prompt you to explore the world around you. Our team and our 3rd faction will take active part in this AR universe as well as we do in Ingress Prime and Pokemon Go!