> All Blog News>Scanner Redacted will be dead on September. Old Ingress Rip!

Scanner Redacted will be dead on September. Old Ingress Rip! 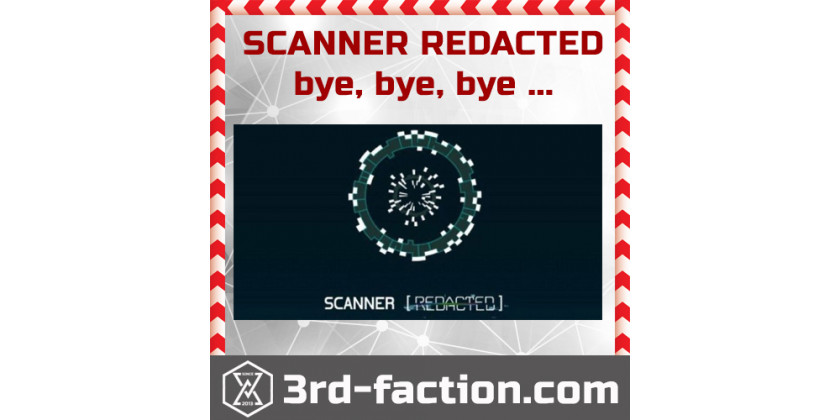 Niantic confirms the end of Ingress’s Scanner Redacted. Andrew Krug, Ingress’ community manager, announced that Scanner Redacted would close at the end of September while at the after party for the Tokyo anomaly. Niantic promises more goodies once Prime becomes the new and only way to play. But do not forget that people who still use Redacted are most likely old school players who had their accounts for years with a huge amount of history and memories and values attached to it!

Our tech team defeated new anti-cheat system that work with Ingress Prime. It means that after Redacted death (30 September), our team will still work and provide Ingress Agents with all needed items and services. Besides we are going to launch new amazing services that nobody had before, you will like it! So if you will play Ingress after old scanner rip, then we will cover all your demands in ingress items.

What NIA will bring us with Ingress Prime? Nobody knows, but developers team have number of ideas, they’ve chatted about in brainstorming sessions that include timed group challenges, daily/monthly/special quests, raids, crafting, random cooperative challenges requiring both factions, adventures via an instanced experience, adventures via an AR/VR experience, etc. While some ideas are being explored more than others, not much will be implemented until Ingress is on the Niantic Real World Platform aka the new servers. So We have just wait a litlle and get used to play with Prime scanner.

Less then 1 month left to play Ingress old version with scanner redacted. So 3RD-FACTION INGRESS TEAM decided to make amazing gift to all old Ingress fans. Lets play Ingress with old scanner more active, lets spend more time for Ingress with Redacted scanner while we can use it. But for such active gameplay we will need more XMP bursters, more Aegis shields, more Lawson power cubes and other Ingress gear. So we have all these with lowest prices on market. And we present you 35% discount to all orders more then 50 USD.

So it it amazing chance to spend more time with Scanner Redacted for these last days. Just make an order for 50 USD or more and use our discount code. Order for 50 USD and pay just 35 USD. And come back to our Ingress Shop after Redacted death coz we will be the only one who will support Items trading with Ingress Prime!