> All Blog News>What is IITC Ingress Intel Map and how to use?

What is IITC Ingress Intel Map and how to use? 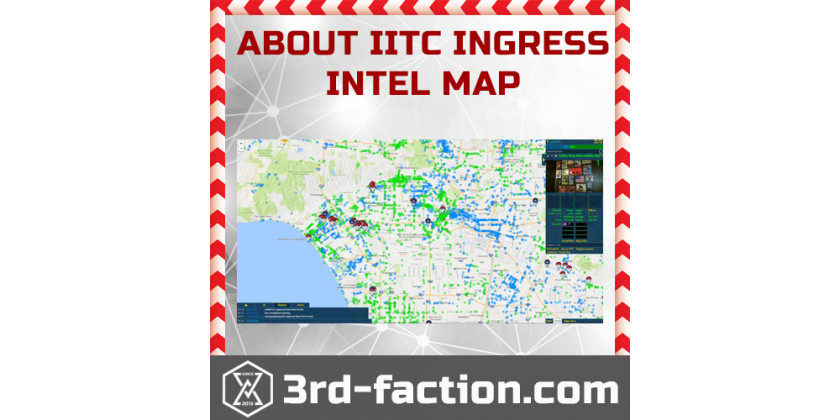 Once a user enters Ingress Prime world, there's no coming back until the mission is complete! After joining Faction and starting hacking and creating Portals each player does its best for personal development and assistance to the chosen side. With limitations set by game developers and multiple bugs it's a bit tricky to enjoy the process fully. What can be done about that?

In this article we're going to take a closer look at useful tools that help you to get more places and to hit higher level quicker. In order to achieve that a good fielding is required. All that a player needs is IITC Ingress app.

The main question, of course, is the legitimacy of such an app. Is it legal? Is it safe to play Ingress with its use? Before we continue, let's stop at some important facts about IITC Ingress app.

1. IITC stands for Ingress Intel Total Conversion.
2. It's a browser add-on that makes modifications to original game map.
3. Available for PCs in forms of IITC Ingress desktop version and for smartphones as an app.
4. This tool isn't an official NIA release and made by third parties. Although, the website states each player uses IITC Ingress mobile at his own risk, the multiple forums and communities do not report any issues or bans related to it.
5. Officially the browser deems to be against the Ingress ToS, but the company didn't file any complaints so far, solemnly agrees to its existence.

Depending on the device you can choose between installation of IITC Ingress mobile version and downloading a desktop version. Don't forget to enable all necessary permissions to use the app correctly. Meanwhile, let's move to the most urgent thing and see how to use Ingress IITC for your benefit.

How to use Ingress IITC

Almost every player who's engaged in Ingress Prime confessed to using the browser. It's convenient for users and fixes some essential problems that the official developers aren't able (or bothered) to fix. That's why it's popular among the players. What advantages does IITC Ingress app give?

First, it modifies the original map of the world. A map is an important part of the game, it helps Agents to track the amount of Portals around them and on the planet in general. Using it for basic info or planning at your desktop version is totally safe! Compare Ingress Intel Map with IITC map and you'll see the difference immediately: a better version of the map and more detailed information about Portals.

Second, a certain amount of plugins is available to make playing process faster and more convenient for user. Among them:

• Ingress IITC player tracker shows the actions and movements of other Agents on the map (for the last hour);
• Better planning of future actions;
• Calculating maximum AP for the future activities;
• Showing the levels and data of other Agents around;
• Showing the information about Portals around player and their levels;
• Calculating the best possible way of linking.

The features you get depend only on amount of plugins. Some of them have been deleted and are not available anymore. Despite thousands of rumors, gossips and suggestions widely discussed on the forum threads, Niantic is okay with the players using currently existing plugins, including Ingress IITC player tracker. Basic plugins, though are against official ToS, can give some advantages when playing the game, especially in the darkness. Although, some users complain that IITC Ingress desktop version shows too much information and avoid using it.

What does IITC do?

The final decision is only yours: as it has been mentioned above there are no bans or other restrictions for using browser add-on. Niantic itself states it goes against their ToS, but does nothing to prevent third parties software to be available and fully functioning. If you are still hesitating and don't know how to use Ingress IITC for your progress and advantages, here's a summary. What does IITC do?

1. Shows users different map layers (contours or satellite view);
2. Allows to find a crosswalk between 2 Portals (if there's any);
3. Shows only Portals of certain levels, if necessary;
4. Shows the map uncluttered by fields and links (great for planning);
5. IITC mobile draw tools allow players draw and plan fields. A very useful tool as this function is sadly impossible to perform correctly on original Intel map;
6. Makes it easy for scrolling in and out.
7. Ingress IITC player tracker helps to detect bots or other Agents.

In conclusion, this browser is a helpful tool for everyone who's planning to hit new levels faster with less time spent. More Portals available and seen on the map, levels of Portals are displayed, the app is ideal for fielding and linking, makes the whole game process easier. It's not considered to be cheating, because of 2 reasons. First, it's just an alternative map showing more than the original one. Second, it's not officially banned or prohibited by Niantic. All the requests sent to the company weren't answered in details.